The Science Behind The DNRS Program

With DNRS the focus is on rewiring the limbic system of the brain – not chasing symptoms.

The Dynamic Neural Retraining System™ is a drug-free, self-directed neural rehabilitation program, which uses the principles of neuroplasticity to help reverse limbic system impairment and regulate a maladaptive stress response involved in many chronic conditions.

Neuroplasticity is the brain’s ability to adapt and change. This ability to change can be both positive and negative.

The brain is the control center for optimal health and drives the functioning of all systems of the body. The limbic system is a complex set of structures in the midbrain and is associated with emotion, learning, memory and the body’s stress response [1]. Ongoing or chronic stress and various forms of trauma such as a viral or bacterial infection, extreme emotional or psychological stress, toxic exposure to chemicals or mold, physical injury, as well as many other forms of trauma can cause threat circuits in the brain’s limbic system to fire more rapidly. This is the brain’s innate response to stress and trauma, however, in some cases the brain’s limbic system can get stuck in a chronic fight, flight or freeze response and become impaired [2, 3].

This maladapted stress response is called Limbic System Impairment. The brain and body remain on high alert, even if the initial threat or trauma is no longer present. Limbic System Impairment can be caused by a single trauma, or more often from a combination of stressors and traumas over time, and for so many it is at the very root of their ongoing suffering.

Limbic System Impairment can affect many systems of the brain and body, including those involved with emotion, sensory perception and cognitive function. Symptoms may include chronic inflammation, poor memory, brain fog, digestive issues, lowered energy levels, numerous sensitivities, chronic pain, sleep issues as well as a host of other symptoms [4, 5]. Bodily functions such as detoxification, absorption of nutrients and cellular communication can also become compromised.

With the DNRS program, participants learn proven and powerful neuroplasticity tools to rewire limbic system function, by building healthier neural pathways that support optimal function in all systems of the body [6]. Rewiring the brain shifts the brain and body from a chronic state of “fight, flight, or freeze” into a state of growth and repair, where healing can take place.

Learn about What to Expect with the Program

Let us show you how to Retrain Your Brain, Regain Your Health, Reclaim Your Life. 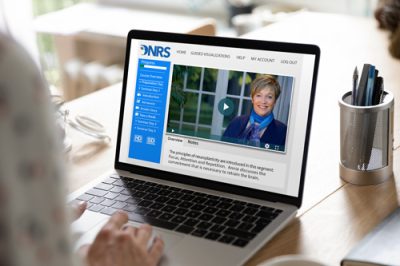 The DNRS online instructional video program is available for you to start today.

[1] The limbic system: An anatomic, phylogenetic, and clinical perspective
https://neuro.psychiatryonline.org/doi/abs/10.1176/jnp.9.3.315

[4] A compromised paraventricular nucleus within a dysfunctional hypothalamus: A novel neuroinflammatory paradigm for ME/CFS
https://journals.sagepub.com/doi/full/10.1177/2058738418812342

[5] A tale of two cities: the effect of low intensity conflict on prevalence and characteristics of musculoskeletal pain and somatic symptoms associated with chronic stress
https://www.clinexprheumatol.org/article.asp?a=493